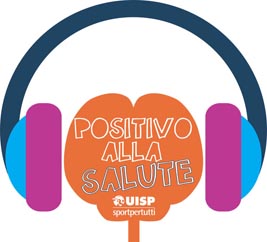 Location: Th project has a national scope and take place in 6 Italian cities:

Funding body:  Ministry of Health,  Commission for supervision and control of doping 2016

The project evnsages the implementation of a communication campaign designed by young people for young people (peer education), in order to improve the knowledge of teen agers on health in general and particularly on physical activities and sports, especially on the damages caused by pharmacological pollution and doping. It’s an action targeted to health promotion and healthy lifestyles and to strengthen life skills of young people, included in the policies of the national prevention plan, at the same time enhancing the social and ethical value of sport.

The testing phase involves the interaction of multiple subjects; the students are found to take on different roles and responsibilities, working mainly in group with the aim to conceive and independently manage the organization of a campaign on health protection and prevention of doping, creating the right tools, materials and communication events.
As in the past we confirmed the choice to broaden the field of analysis, in addition to doping, to some issues such as the use and abuse of pharmacological supplements and additives, and at the same time to pay attention to cultural distortions with respect to youth sports (exaggerated competition, early selection and exclusionary, results-oriented models and victory, overload of expectations from adults) who do not only cause the phenomenon of sport drop-out among young people, but can be identified as prerequisites to the culture of the additives and subsequent pharmacological doping. That’s why the broader objective of the campaign is in the area of health and lifestyle, and therefore their promotion and strengthening of life skills of adolescents involved.

The direct involvement of students in the conception and implementation of campaigns based on a  communication code most appropriate to their peers led to the running of workshops where teen agers, supported by teachers and Uisp operators, realized information products rich in interesting ideas such as videos, cartoons, newspapers, posters, banners, songs, commercials, theatrical performances.

There is an innovation compared to previous campaigns: the students involved in the project  realized a web radio podcasts; they realized and digitally recorded radio broadcasts that have been made available on an online platform hosted on Uisp national web site.