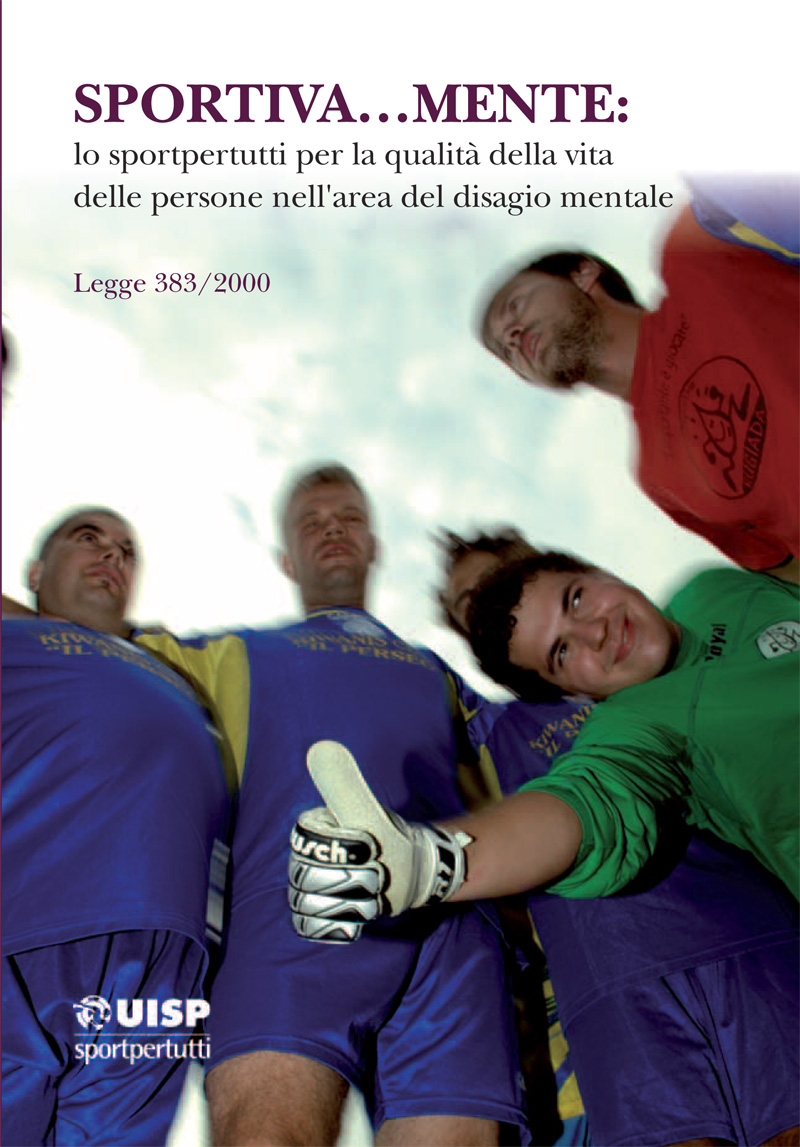 SUMMARY:
The integration of people with mental distress, intellectual-mental-physical and/or sensorial disability, is one of the fields in which Uisp has been working for several years, with different tools and methodologies. In this sense, the football event "Crazy for football" is a positive and consolidated example.

One of the objectives that UISP aims with social promotion projects is to make use of the ministerial funds  opportunity as a lever for innovation and for the realization of local laboratories that allow advanced and qualified experimentations, reproducible on the territory and that can become an heritage for the whole association.

Thus, the project “SPORTIVA….MENTE” represented an opportunity to identify and scientifically validate a methodological model of intervention in the area of mental distress, already tested in some territories, but also to extend the experimentation.

The first project phase (validation), involved four cities (Turin, Modena, Rome and Sassari). The Scientific Committee produced the grid and the evaluation indicators of good practices, which specifically concerned the field of psycho-social rehabilitation. The sports offered to participants were mainly team sports, high-impact re-socializing activities that allow patients to interact and represent a good mean of "training for life", thanks to the rules that characterize them.

The aim of  this phase was therefore to scientifically "test" those local interventions considered of high quality, in order to outline a working methodology set out in a methodological guide and allowing all territories to implement interventions of social promotion.

The assessment of this process has allowed us to present the effectiveness of the methodology model proposed and to design the overall framework of good practices, which have been collected and issued in an handbook