Equal opportunities via and within Sport 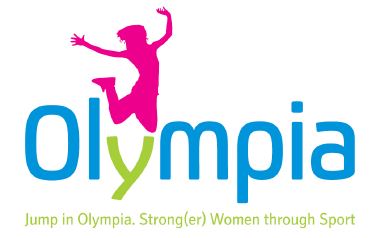 The Preparatory Action in the field of sport Call for Proposals evidences how there is an under-representation, to varying degrees, of women in sport, in terms of participation in the organisation and management of sport activities and leadership position in sports.

In the framework of its Roadmap for Equality between Women and Men 2006-2010, the Commission encourages the mainstreaming of gender issues into all its sports-related activities, with a specific focus on women's access to decision-making positions in sport.

The Roadmap identifies priority areas and sets objectives and key actions for each of these to make them easier to achieve. Of specific interest in the framework of Sport, and Sport For All particularly, the equal representation in decision-making, the eradication of all forms of gender-based violence, the elimination of gender stereotypes and the promotion of gender equality in external and development policies.

To act on the mechanisms of women exclusion and to put in discussion the referring cultural model means to modify actual levelling of sport on male appearance, needs and values that today characterize sport itself. Through this changing process, it will be possible to establish, for women, as it is already for men, the right of the access to sport practice, the professional connection between sport practice and working opportunities in sport field, the right of the access into managerial positions in sport federations, sport associations and social promotion association. The breach of sexual stereotypes in practice and work in sport field is practicable through the contagion of the gender culture. This culture has, in part, already modified other social fields. Adapting cultural and professional models dominant in sport to the already operating dynamics in the rest of society will probably contribute to reduce the currently existing difference between women and men in the opportunities of access, of role acknowledgment and of managerial and professional abilities.

Project analyzed the organizational orders of the various structures that compose sport field; it worked in order to define shared and transparent criteria of verification of the level of information spread about working opportunities, access to the professions in sport field, technical and managerial professionalism profiles. More specifically, project wanted to: