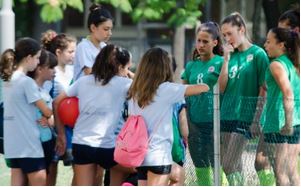 The project is based on the observation that, despite the undeniable progress achieved in recent decades and the many steps taken by the international community to place the issue on the political agenda, the phenomenon of gender inequality, frequently leading to discrimination or actual violence against women, is still dramatically present in today's world.

At the base of this phenomenon there is a problem of a cultural nature.

In fact, in our society is deeply rooted a culture that defines the male and female characteristics and roles in society on the basis of gender prejudices and stereotypes, with a strong discriminatory effect against women.

On these basis, the project DIFFERENCES is shaped as an experimental action with a strong innovative character to stimulate in young people aged between 13 and 19 thoughts and individual growth on the issues of gender equality, through the activation of 14 school workshops in as many Italian cities, aimed at undermining discriminatory stereotypes against women and leading to changes in individual and collective behavior.

The project foresees the activation of 14 experimental laboratories in secondary schools in as many Italian cities, where about 560 boys and girls (13-19 years) are involved in theoretical-practical meetings organized around 3 distinctmoments:

A positive change is expected in the attitudes and socio-cultural behaviors of the young participants.

More generally is expected a change in customs and other practices based on stereotyped gender models in the involved communities.